When Is the Best Time to Visit Cuba?

In the heart of the Caribbean, close to the equator, Cuba is warm all year round.

Are you planning a trip to Cuba for the coming year? From its tropical beaches to internationally-renowned classical ballet performances, this curvy tropical island has fun activities for every taste. But as you try to narrow down your itinerary while in Cuba, you may wonder what the best time to visit Cuba is.

Will the weather allow you to do everything you want? Is there a festival that would put your experience on steroids? Read more here!

Cuba Climate: What To Expect Around the Year

The first thing that will change depending on the month of your visit is the weather. Like the rest of the Caribbean, Cuba is a land of “endless summer” – at least at first glance. While you can definitely find outdoor activities around the year, some months will have cooler climates, sunnier skies, or even lower prices. 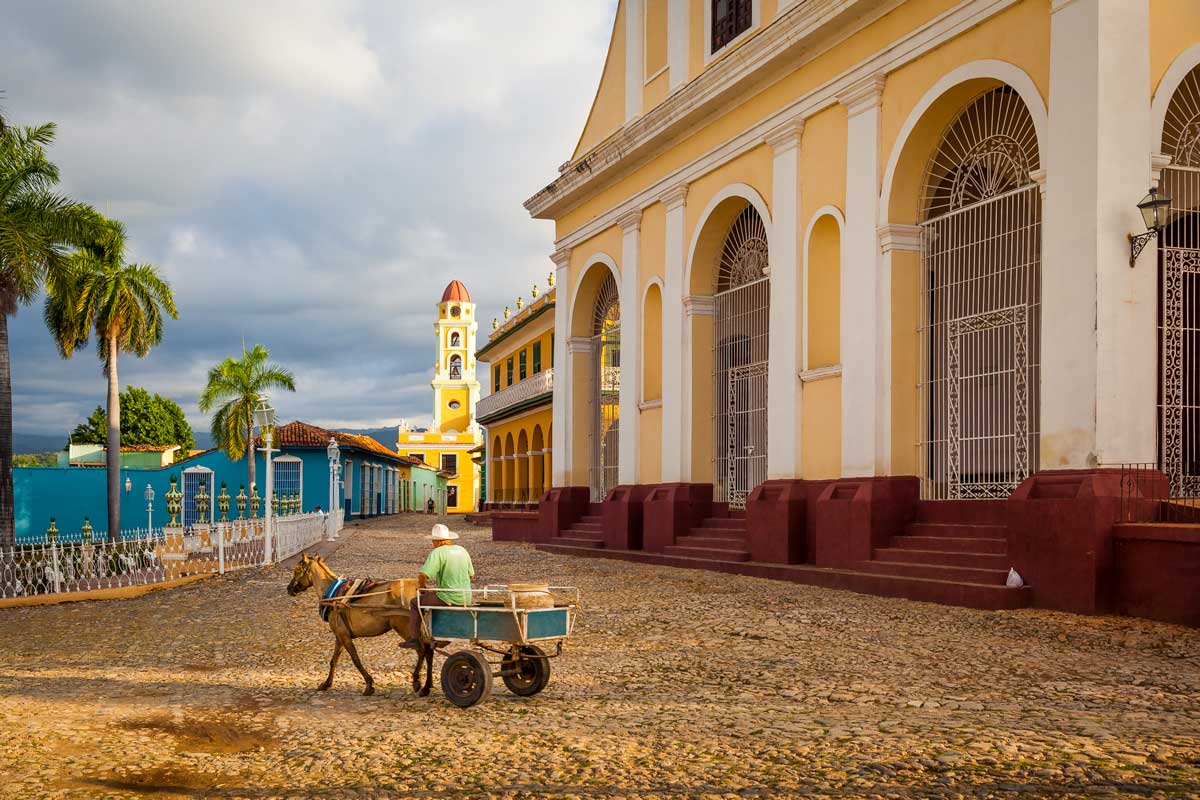 Cuba doesn’t have the traditional four seasons that temperate regions do. Instead, it has just two: a “dry” season and a “rainy” one.

The dry season lasts from November to April, and it is characterized by less frequent rain, although it’s far from completely dry. During December and January, average temperatures also dip slightly (but never reach “cold” levels under any definition), and the air gets a bit drier, which helps the air feel cooler overall.

The rainy season lasts from May to October. Expect short showers nearly every day and full-blown rainy days at least once a week during this season.

As local legend would have it, the first rains of May are particularly auspicious, as they can relieve chronic diseases and cleanse your spirit from impurities.

So what about hurricane season? Technically, hurricane season overlaps with the end of the rainy season, between June and November. During this time, the sky can go from bright to gray in a matter of minutes.

As for actual hurricanes – they rarely hit the island, and they are unlikely to affect your safety or your belongings. Cuban citizens like to joke that nothing works as well in Cuba as the Civil Defense office. You may need to spend a day safe indoors, but on the other hand, you will be able to experience one of the quintessential “island experiences.”

Let’s talk about tourism seasons, as they will affect the ease with which you book and the final cost of your trip.

There are two peak tourism seasons in Cuba. The first one goes from late December until March (or from Christmas to the Easter break). This is also the sunniest and coolest time of the year when the beaches are at their most enticing (and if you come from the Northern Hemisphere, that’s exactly what you’ll be needing).

The second “peak” covers most of July and August. During this time, Cuban schools will be on recess, so expect longer lines at many nature parks and museums, and you may need to share the beach with other humans.

The low season goes from early May to late June (prices drop as temperatures rise) and between September and October (tourism slows down at the start of hurricane season). During this time, expect lower prices, quieter beaches, and the opportunity to stroll around museums at your own pace. 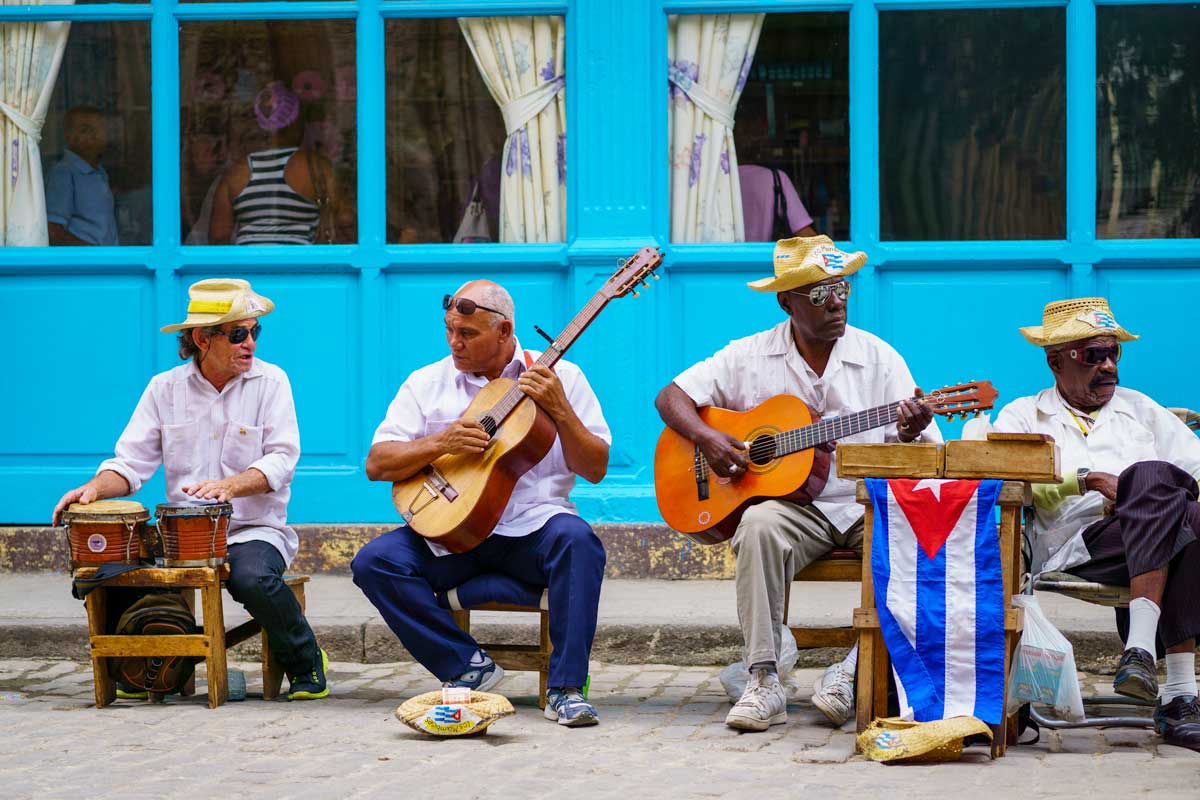 Dealing With the Tropical Heat

If you live in a cooler or temperate country, you may be worried about handling Cuba’s tropical heat. The sharp temperature change can be a bit disconcerting, especially if you travel during your winter. Don’t worry! In my twenty-something years of living on this island, I’ve gathered a few pro tips that will help you handle the heat waves as the locals do: 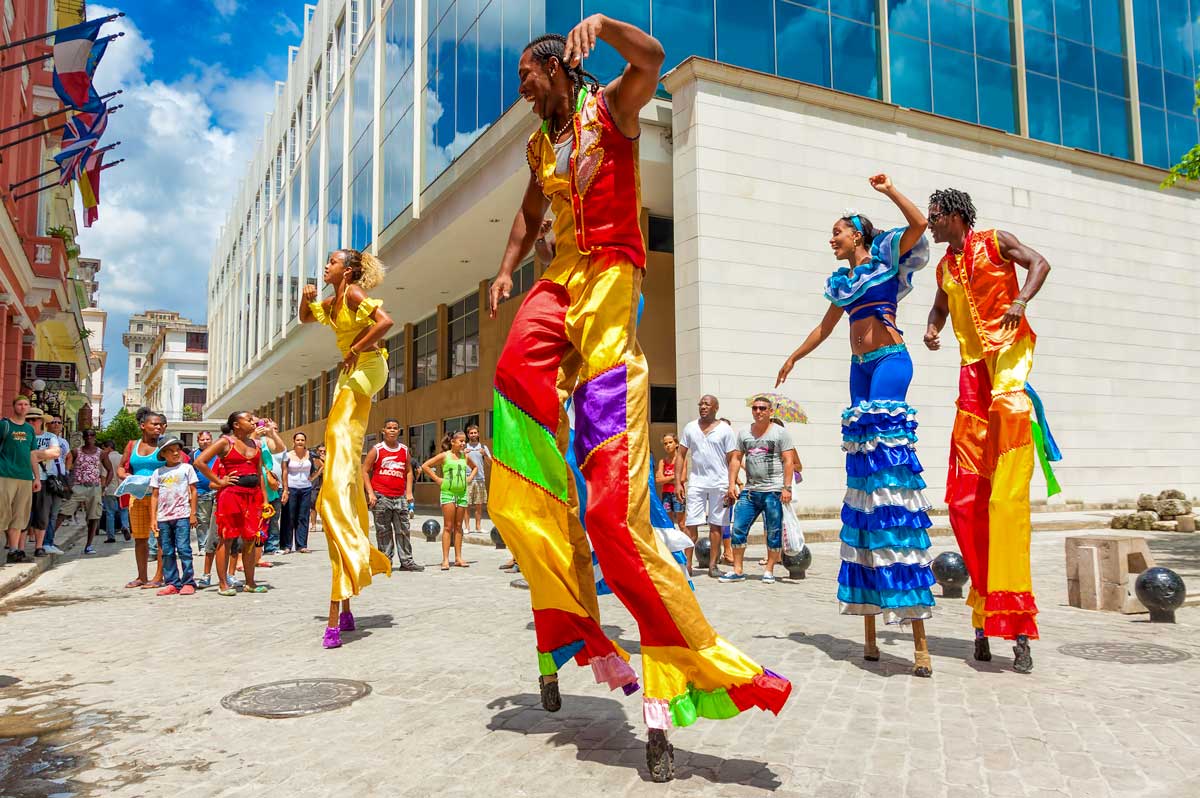 Dance performance in the streets of Havana

Cuba is much more than its countryside. Its cities host a variety of festivals, summits, and parades that can be just as fascinating – it all depends on what you are looking for. From street parties to the chance of experiencing the biggest stars of vintage rhythms, it all depends on when you come.

Here are some of the highlights to look forward to:

January: The year kicks off with the country-wide celebrations for the Anniversary of the Revolution. In Havana, this is followed by the International Jazz Festival, which brings some of the genre’s biggest stars to the city.

February: The Habano Festival is all about one of the country’s top exports. You can visit Cuban cigar factories and tobacco farms, attend seminars, or book special cigar dinners that blend signature aromas with the right food pairings.

March: The largest Carnival on the island is held at Santiago de Cuba. Parades can easily last until 3 AM, but the party usually continues until sunrise.

May: The Romerías festival combines a Spanish harvest festival with religious rituals. The town of Holguín dons its best clothes for a series of free concerts, parades, and a collective pilgrimage atop the local hill.

June: Head to Trinidad for the Fiestas Sanjuaneras or San Juan fest, which marks the longest day of the year. Dance to some of the oldest forms of African music still alive and beating.

July: During the Fiesta del Fuego (Fire Festival), the city of Santiago de Cuba loses itself in revelry to welcome back the Nzambi Congo, an ancient African deity, who is then paraded through the streets.

August: Havana’s International Hip-Hop Festival (Urban Potaje) takes place on the second week of August, just as the Havana Carnival cools down on the 7th.

September: The Feast of Our Lady of Charity (La Virgen de la Caridad) offers an unusual window into the island’s traditional religious fervor. As she is the island’s Patroness, expect her Feast to open the gates of every colonial church in Havana.

October: The International Ballet Festival of Havana may provide a window for traditional dancers, but in the smaller city of Matanzas, you can dance to the faster rumba rhythms during the Rumbero Bailador Fest.

November: In Majagua, the Red and Blue Bands Party divides the population into two teams for sports competitions, food fairs, and traditional dances.

December: In the city of Remedios, Christmas carols are replaced with Parrandas, loud and boisterous competitions in which each neighborhood prepares a special “surprise” while trying to spoil their rivals’. 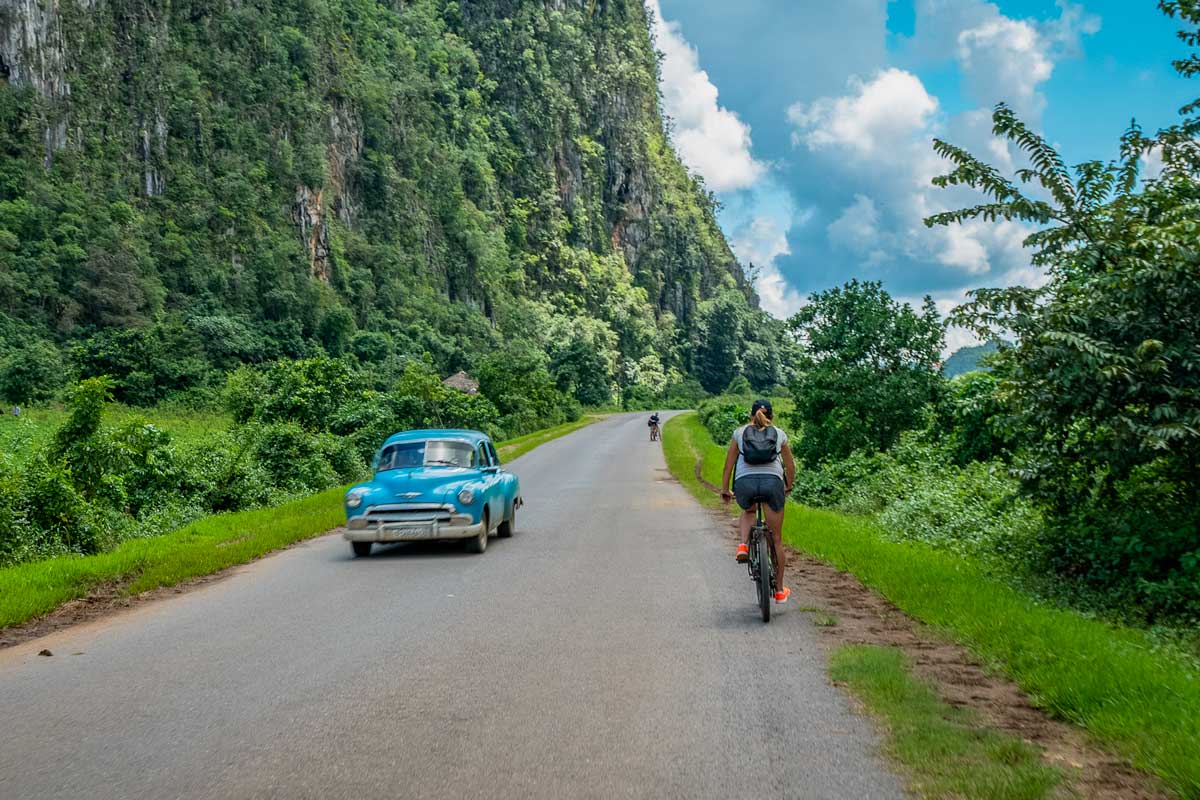 If you need sunshine and fresh air to recharge, you may have a harder time choosing the ideal dates for your trip – especially if you are booking months in advance. These activities will depend heavily on the day’s weather, which is particularly unpredictable in Cuba.

However, that doesn’t mean that some dates won’t increase your chances of success. Here are a few considerations:

Looking for some cool things to do?

Trace the Steps of Hemingway Around Havana

Lesser Known Parts of Cuba to Discover This Year

Five Cuban Clothing Brands to Shop for in Havana 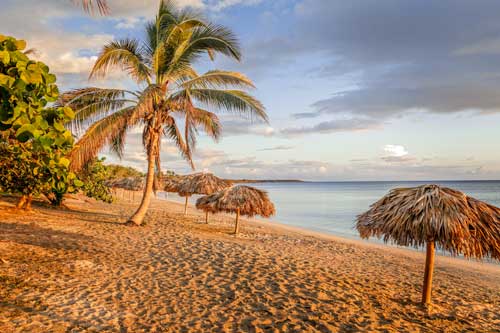